A 180 m2 mural to celebrate the event

The keyboard of a gigantic piano, the silhouettes of musicians in celebration: in these days the anonymous facade of the municipal parking garage of Ascona is coming to life to become an artistic mural of 180 square meters. The work, of great visual impact, was commissioned to two street artists from Vallemaggia to celebrate the official twinning between the Village of Ascona and the City of New Orleans. It will be inaugurated on Saturday 25 September during an event celebrating the imminent signing of the collaboration agreement that will strengthen the ties between the city, cradle of jazz, and the village on Lake Maggiore, home to one of the most important festivals dedicated to the music of New Orleans in Europe.

The large mural measures 40 meters in length by 4.5 meters in height. It was created by Chiara and Sofia Frei (aka KLER and SoFreeSo), “two friends as well as sisters” from Vallemaggia, both of whom have been graphic artists in their family studio in Cevio for over ten years. During their travels to discover the world they approached the Street Art, making it their profession. Today they juggle between the graphic studio and commissions on walls and canvas. 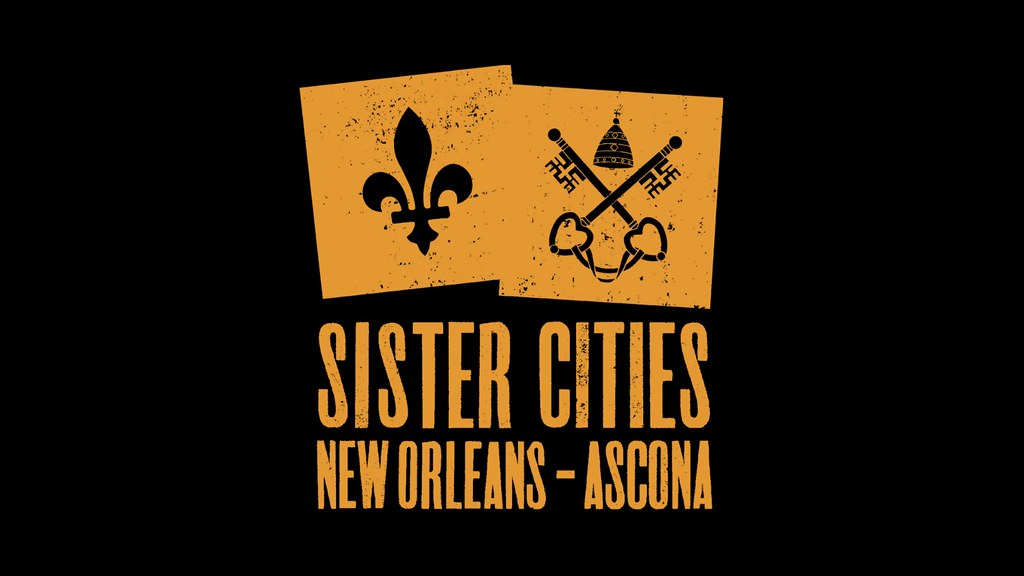 The event will take place on the square of the municipal parking lot from 4 to 6 p.m., in the presence of Mayor Luca Pissoglio, the authorities of Ascona and Rosine Pema Sanga, Director of the Office of International Relations of the City of New Orleans, representing Mayor LaToya Cantrell.

After the official greetings, the inauguration of the mural, a popular aperitif with jambalaya distribution and obviously a musical part with the participation of a Sister Cities Band symbolically composed by New Orleans musicians (the drummer, Adonis Rose, trumpeter Adrian Ross and the young singer Lemetria Dillon) and from Ticino (Matt Zschokke on guitar and banjo, Corry Knobel on guitar, Leo Marti on bass, Mirko Roccato on sax and Andi Appignani on hammond organ).