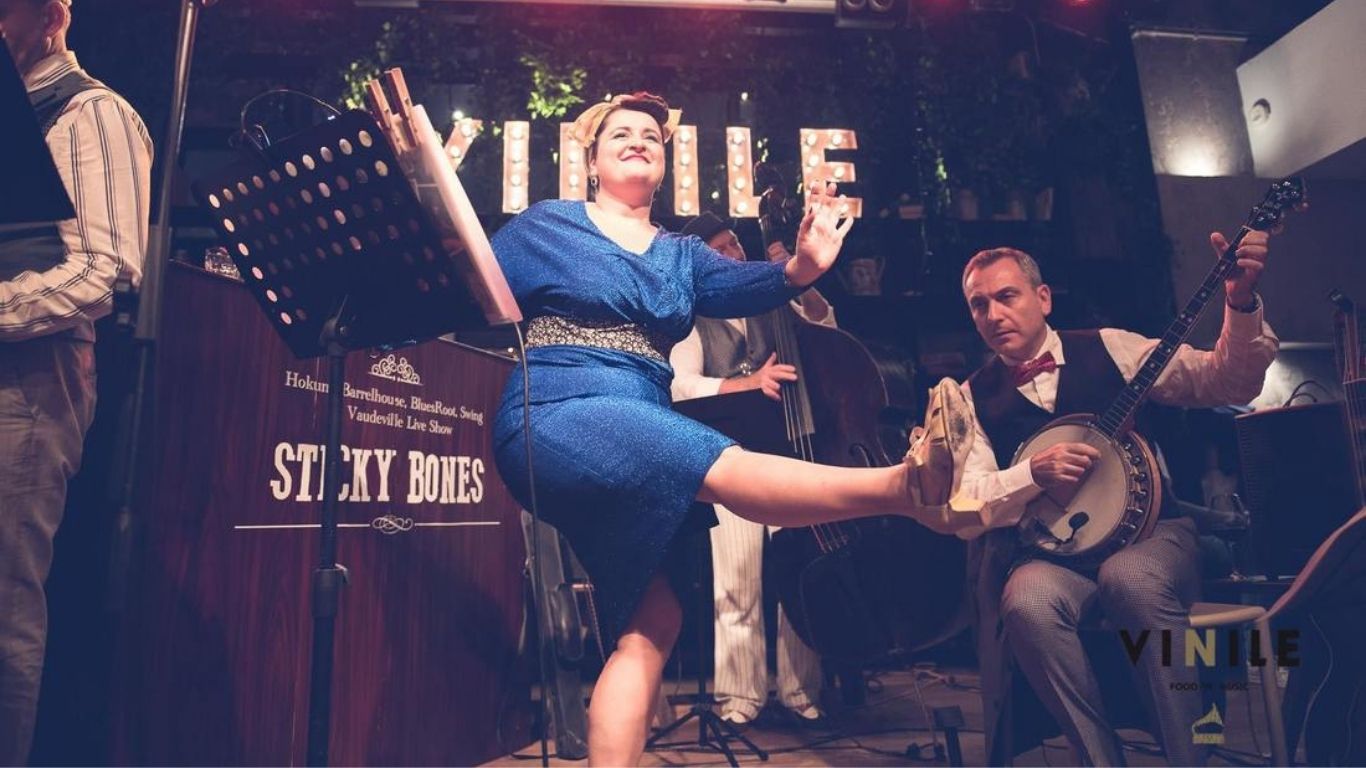 Barrelhouse jazz and the music played in Vaudeville shows or in New Orleans brothels in the first four decades of the 20th century: Sticky Bones present these almost unknown songs from a philological perspective, with a particular attention to the authenticity of both mood and interpretation.

They are regulars at Umbria Jazz, where they were discovered and appreciated by Renzo Arbore. It is thus not by chance that Arbore worked with the band on two songs from their latest album; New Orleans singer Meshiya Lake worked with them on a few other songs on the same album. We look forward to listening to their newest album, dedicated to barrelhouse singers, which will be released in May 2019.