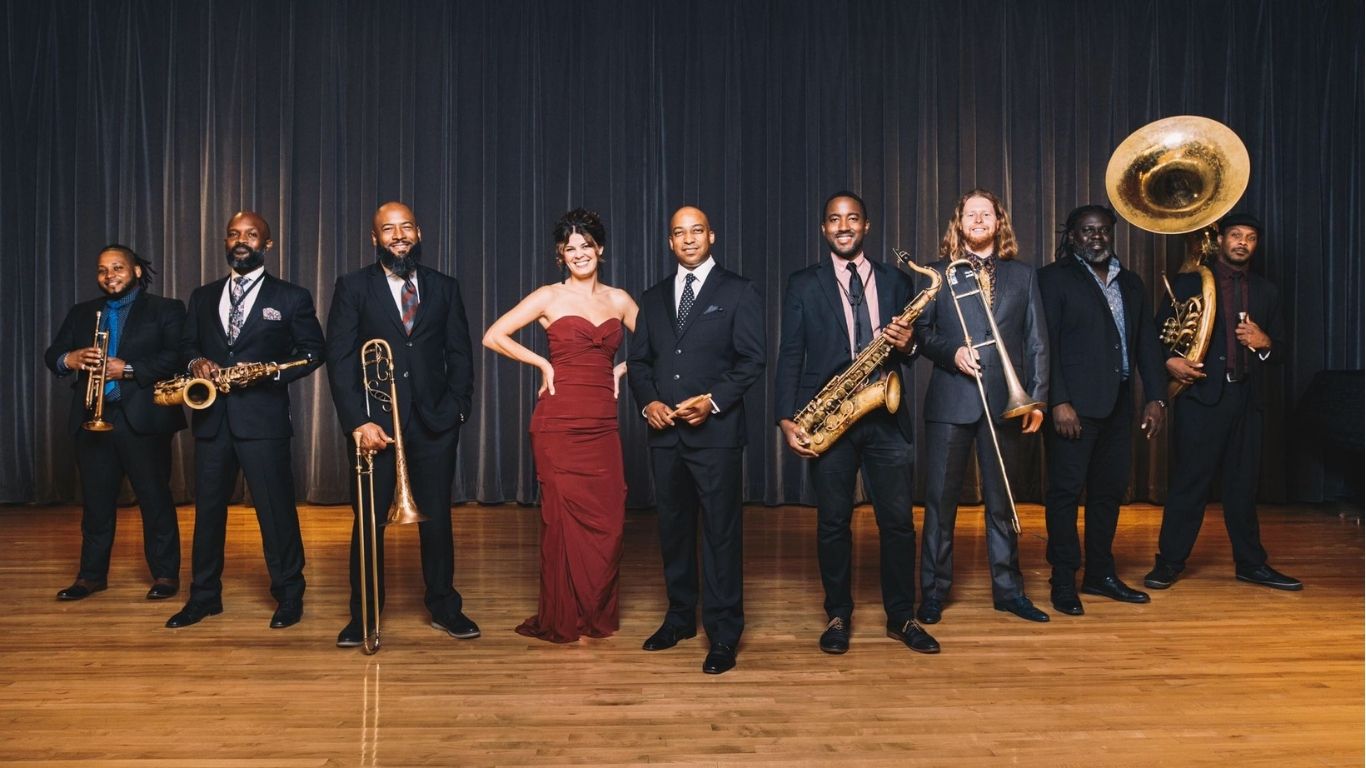 The New Orleans Jazz Orchestra was founded in 2002 with the aim of celebrating and breathing new life into the extraordinary American jazz repertoire as well as the New Orleans jazz industry. Led by Artistic Director Adonis Rose, this large 20-piece band offers a constantly evolving repertoire that illustrates the influence that jazz has had on all modern American music. NOJO has performed in all major American concert halls and clubs. The band also won a Grammy Award in 2009 for their album Book One.

Already triumphantly welcomed to Ascona in 2015 and 2019, NOJO will be a cornerstone of JazzAscona 2022. The band will play two concerts on the two Saturdays of the festival, including one with acclaimed singer Dee Dee Bridgewater. Furthermore its musicians will stay in Ascona during the 10 days of the festival and perform in various formations as well as collaborate with local musicians and ensembles.