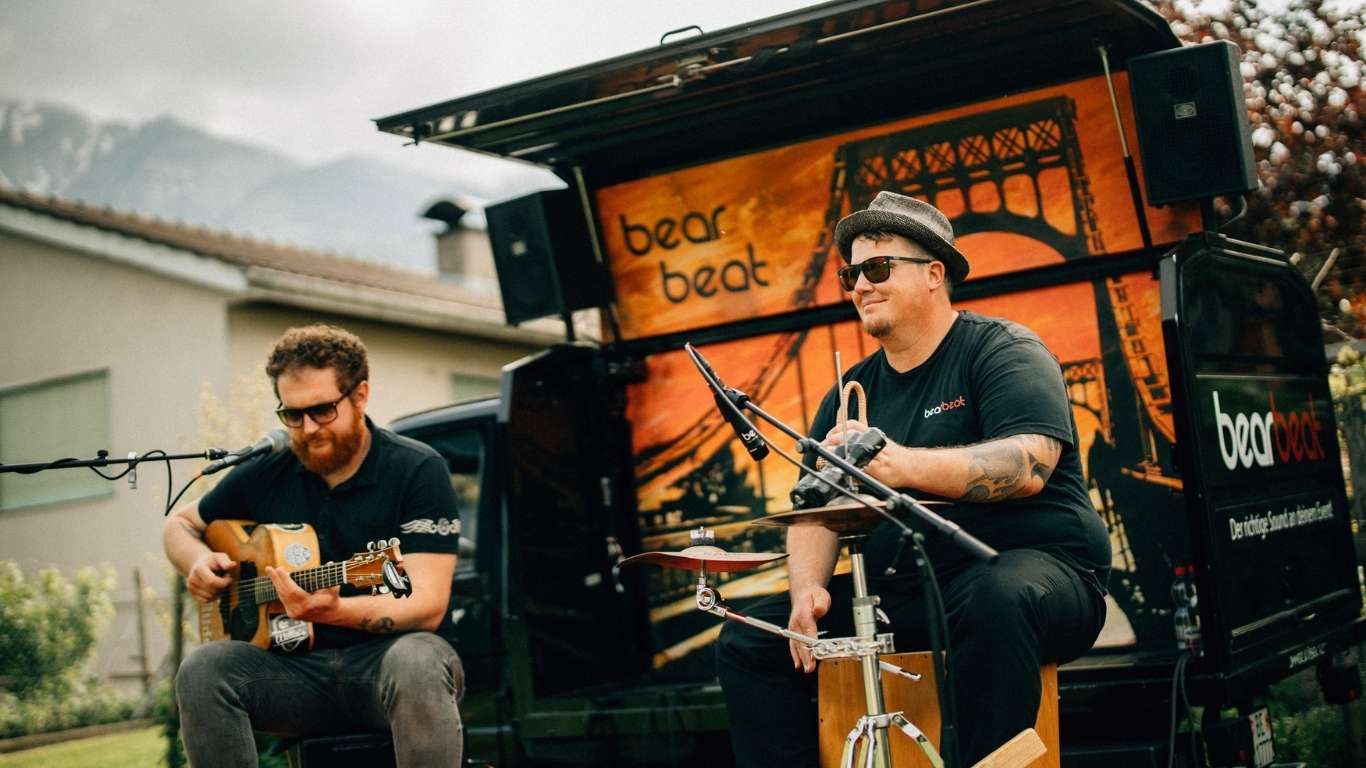 A mobile stage, a bluesy voice and a musical friendship

With his scratchy voice and an accurate guitar technique, between sound experimentation and traditional fingerstyle, Daniele Gigli, aka Dan Mudd, is a singer, guitarist, author and composer that can play blues, soul, rock and funk. He has an intense live activity and played, among others, for Tina Turner at the Four Seasons in Florence, but also with blues artists such as Ana Popovic, Popa Chubby and many many.

In 2020 he released his first album “Big Gun”, recorded in Minneapolis. In Ascona Dan will perform with Domink Liechti, aka Bearbeat, a Swiss percussionist who has been taking his mobile stage around Switzerland for over 15 years and collaborates with many artists. Bearbeat met Dan Mudd in 2019 in Bern. He heard his voice on the street… and a musical spark and friendship was born.