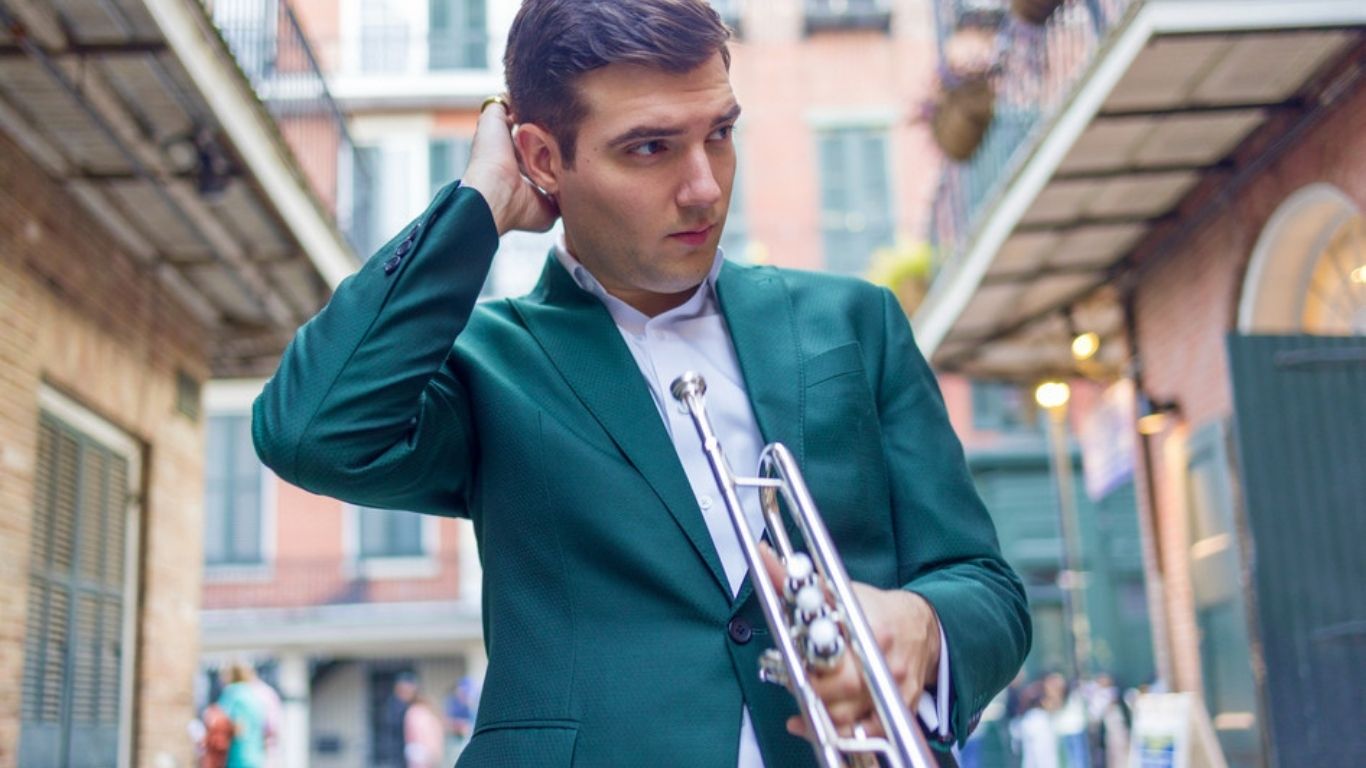 We all rejoiced of his talent, as a trumpeter, a singer and a composer, during his participation at the 2015 JazzAscona, at the tender age of 18. This was one of his first European performances.

John Michael Bradford started his love story with music at 10 years of age, thanks to an encounter with Sam Williams of the Funky Nations, right after having been evacuated from the town due to the hurricane Katrina. He returned to New Orleans determined to become a professional musician. Since then, Michael has come a long way, studying at the prestigious Berkley College of Music and becoming one of the most affirmed top acts of New Orleans, performing on main stages and collaborating with all the best artists and bands of the city (Donald Harrison, Nicholas Payton, Terence Blanchard, Treme Brass Band, Preservation Hall Jazz band, Christian Scott, Trombone Shorty, Charmaine Neville, Dr. John, Fats Domino, Harry Connick Jr, Marsalis Family, Jamison Ross, Herlin Riley, Trumpet Mafia) and American musicians such as Herbie Hancock, Fred Wesley, Wycliff Gordon and Lalah Hathaway. A CD to his credit: Something Old Something New.