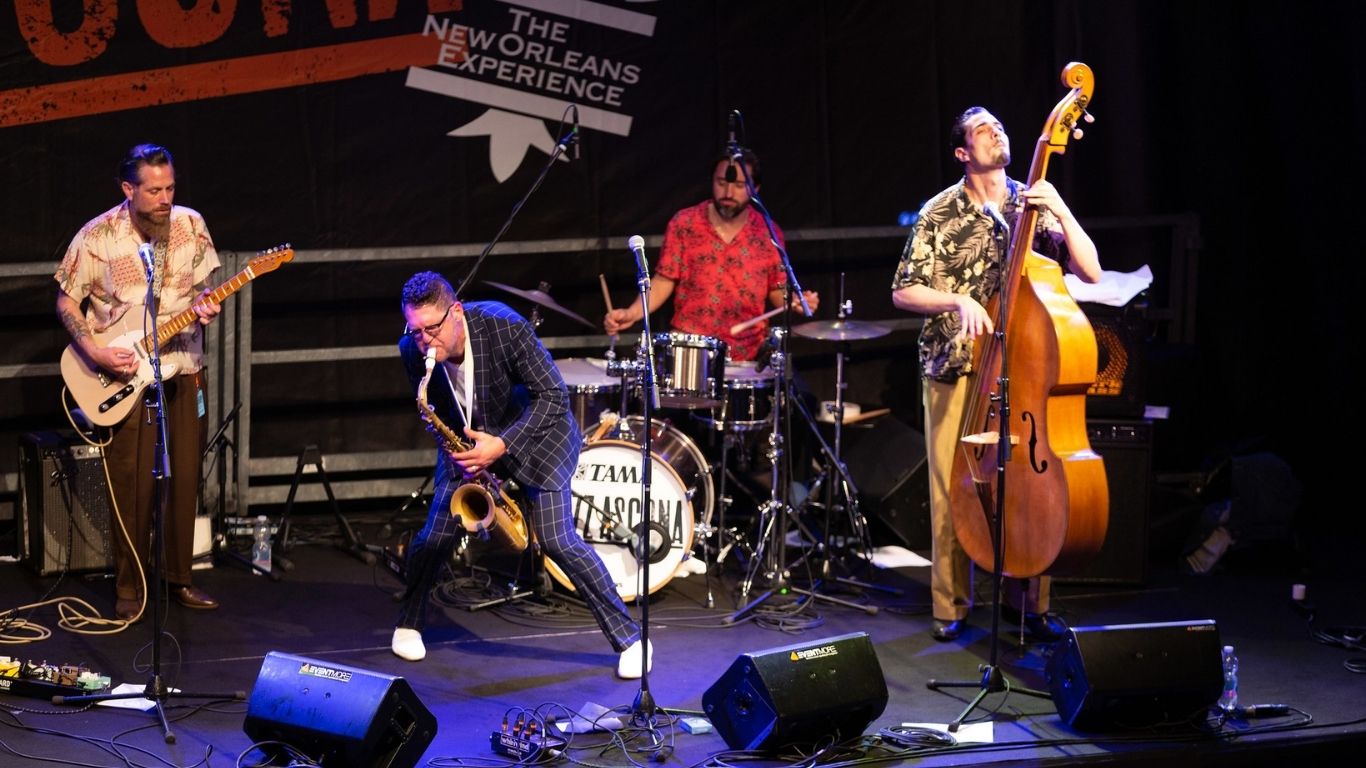 Sax Gordon brings the tradition of great tradition of American Rhythm & Blues Saxophone alive like no other player on the scene and has become a reference for his drive and soul feeling, in 2019  he won the JazzAscona AET My Choice Audience Award.

Born in Detroit, he has had numerous nominations to the Oscars of blues and is considered one of the best saxophonists on the scene: he is on almost all of the blues records that have been released over the past two decades.
Among his many collaborations: Luther “Guitar Junior” Johnson, Solomon Burke, Clarence “Gatemouth” Brown, Little Milton, Johnny Copeland, Herb Ellis, Charlie Musselwhite, Martha Reeves… He performed as opening act for artists such as B.B. King, the Rolling Stones and the Neville Brothers. Be sure to be there!